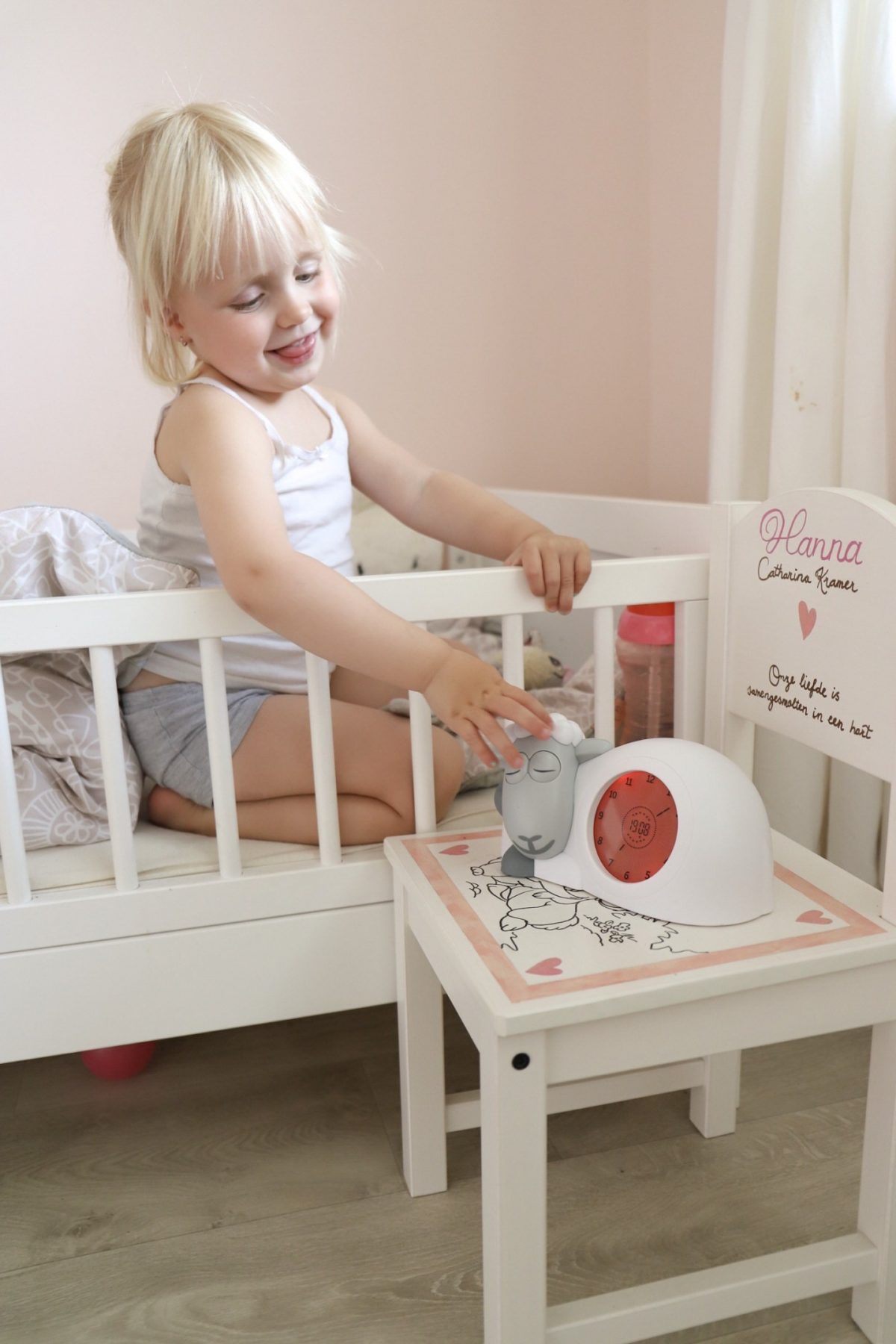 Sleeping was a nightmare

Hanna and sleeping was a disaster from the moment she was born, she cried every 1.5 hour. Luckily, after a while she started crying less and less but sleep remains an interesting topic for us.

We tried skipping naptime but believe me, this was not a success at all! From 4pm onwards I have a child that cries with every small trifle. In the other hand, when we do a nap, she does not want to go to bed at 7pm and wakes up the next morning around 05.30am…

429 times going to the toilet, 169 sips of water (that mama needs to give, despite it’s in a bottle next to her bed) and saying 25 times in the exact order ‘good night, I love you’. This ritual makes sure that she sometimes sleeps for 8 hours straight, or even 9 or 10 hours! And then Hanna wakes up around 05.30am, 06.00am or 06.30am. Her wake up times stand apart from her bedtimes. Every sound could wake her up. Morning showers are out of the question…

Something had to change. I needed a product that showed Hanna in a playful way that she had to sleep NOW. And so Sam of ZAZU entered the house.

Hanna was not quite sure what to think of Sam, the sheep opened and closed his eyes himself which she found a little bit strange. I explained to her that she should start sleeping when Sam’s belly turns red and his eyes are closed. And when Sam is orange, she could read a book or play in a room for 30 minutes until Sam turns green and he opens his eyes. Then she is allowed to come to mommy and daddy! 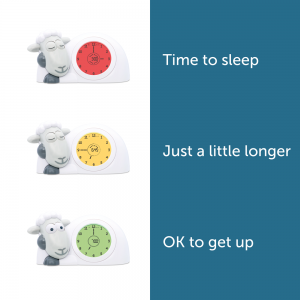 One of the first mornings she entered our room way to early… ‘The sheep opened his eyes’ according to Hanna. I checked my watch and I thought I would lose it. Indeed, Sam’s eyes were open. I asked daddy, who setup the sheep, if he was crazy! Side note, Sam is also a nightlight.

On a certain morning we watched together when Sam turned green and opened his eyes. That made Hanna understand how it works and slowly she is starting to listen to Sam. If she does not want to go to sleep, I say ‘did you have a look at Sam?’. He is sleeping, so you should sleep as well! Still the bedtime ritual is a nightmare, but the mornings are getting better and better!

I haven’t seen Hanna before 7am for a while. Often at 07.01am she comes barging in with a loud good morning, but that is fine. It means she understands the concept.

Hanna is almost 3 years old and did not understand Sam immediately. It took around 3 weeks before she understood the concept and, in the beginning, you must invest time and effort.

Now Hanna knows that she cannot enter our room before 7am (she does go to her little brother’s room a few minutes before 7am, being awake together is more fun than being awake alone, right?!).

Going to bed is still a drama, but the morning ritual has improved so much. We (daddy and especially mommy) are very happy with the introduction of sir Sheep.

Sam is also suitable for naptimes during the day as you can set a bedtime for the evening and a nap time for the afternoon. Our little dancing queen also liked the fact that Sam has an actual alarm with melodies. 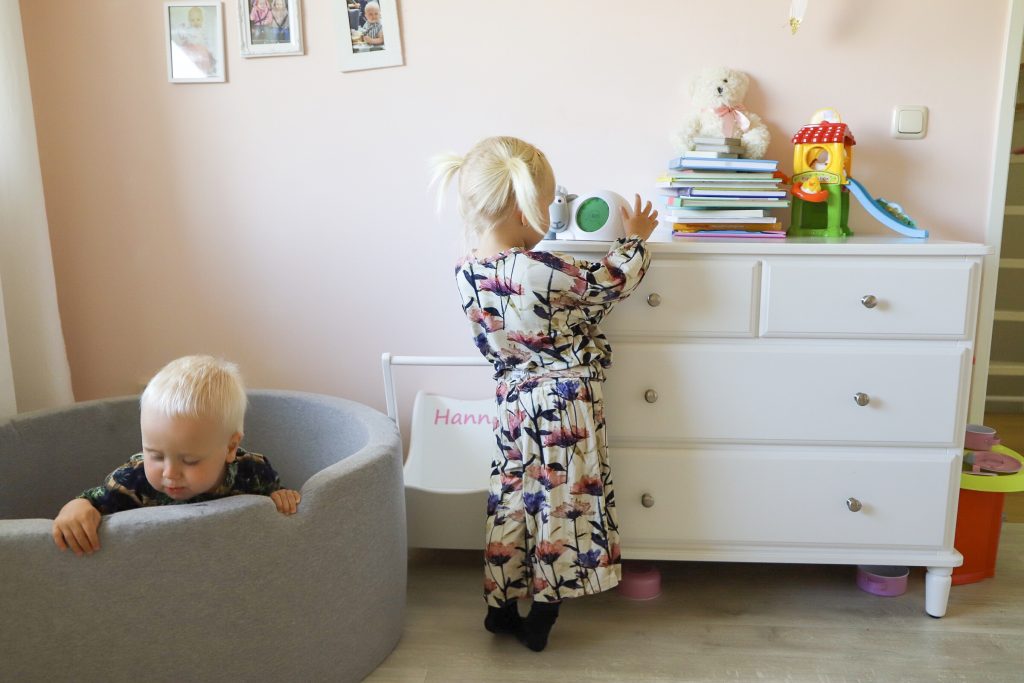 Disclaimer: The product has been sent to me, but all thoughts and opinions are mine and are not influenced by ZAZU Kids 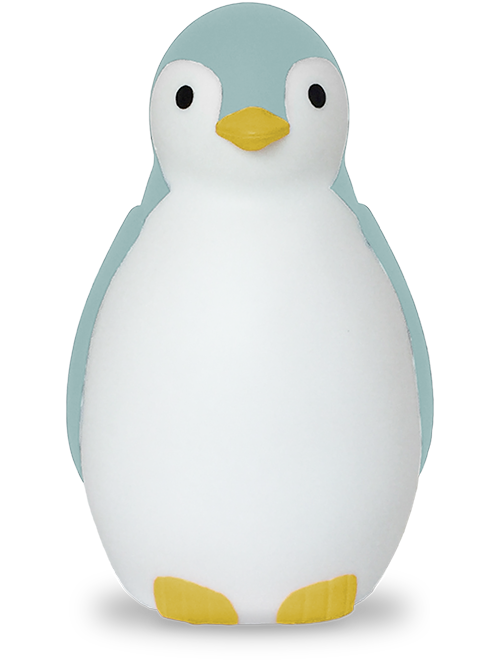