Soft toy that soothes your baby

Have you ever wished that your musical soft toy would turn itself on when your baby is unsettled in the middle of the night? There is one that will do just that… Don the Donkey reacts to sound and will come back on for 10 minutes with a baby’s cries.

I was sent Don the Donkey to review for ZAZU Kids. At first, I was sceptical as I don’t advocate for toys in the cot; especially for children less than 1 year. But after using Don for a month in an infant sleep room I have decided that this musical soft toy is definitely worth it. We just sit Don on the floor or the window sill and let the sounds sooth the children.

Don the Donkey is a very cute soft toy with a velcro opening in his tummy. Inside there is a removable module with an on/off button, volume dial and four buttons that play melodies: one button plays different kinds of lullabies, a button that plays a heartbeat sound, a button that plays white noise and one that plays nature sounds. Once you press one of the buttons, it will play the chosen sound for 10 minutes before switching off.

If Don senses crying, he will come back on with the last setting that was used. With soft cries it takes Don 3 minutes to come back on (which can be a long time when you are waiting for it). With loud cries, or a door banging, the donkey will come back on straight away. The animal continues to play if your little one is still crying, then turns off once they have been quiet for 10 minutes. In addition, Don also switches back on when you shake the animal.

I have found that different children seem to settle with different sounds. Younger babies seem to settle with the heartbeat sound, some children fancy white noise and others like the lullabies. The other day the sleep room was full, some children were calm and quiet, and others weren’t. I was waiting for Don to come back on and once he did: one of the children who had been standing up and chatting, suddenly lay down turned over and was asleep in about 30 seconds! I was amazed that the music had had such a massive effect on her. It shows that because we have been using Don consistently, she has built up a sleep association to the music.

Disclaimer: ZAZU Kids have sent this product free of charge, but all thoughts and opinions are my own and have not been influenced in any way by ZAZU Kids. 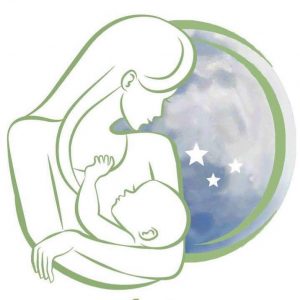